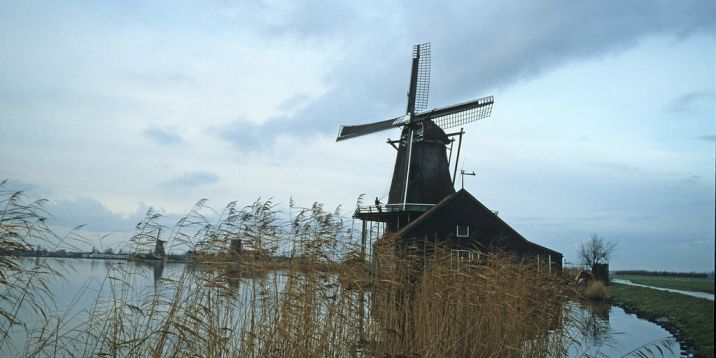 The full procedure for EIA for complex projects and SEA contains the following steps:

Screening is a required step in the EIA Act. The competent authority decides on the applicability of an EIA in cooperation with relevant administrative bodies. If the competent authority is also the initiator, then external advisers are required in the decision making process about the need to carry out an EIA.

To determine whether an EIA is applicable, there are two lists :

Sensitive areas
In the D-list activities, the 'sensitive area' concept is included as a criterion in the judgement on whether an EIA is required.

Contents of any starting document:

There is no legally binding timeline for screening.

There are no legal requirements for the way in which scoping is carried out.

However, there are 'required' steps in both the limited and extensive procedures.

In the case that an extensive EIA procedure applies for a plan or project for which a government agency is both the initiator and the competent authority, the required steps are as follows:

In general, the statement must contain at least three elements:

Whether these elements are elaborated briefly or extensively depends on various factors. The main factor is probably the history of the plan or project prior to the start of the procedure.

The EIA report is carried out under the responsibility of the initiator.

There is no accreditation system for consultants.

In the simplified procedure, the competent authority reviews whether the quality of the assessment is sufficient.It may request the NCEA for a voluntary advice.

The full fledged procedure contains the legal requirement to ask the NCEA to review the EIA report. The NCEA composes a working group of experts for each EIA report. This working group contains specialists with expertise in the specific fields relevant to the plan or project in question.  They assess whether the quality of the environmental information is sufficient for decision taking. If not, the NCEA recommends to remedy the shortcomings in the report.  The reports  may be  resubmitted for review.

In the full fledged procedure the EIA report has to be reviewed by the NCEA. To ensure that the NCEA’s decisions are unaffected by any administrative responsibilities or political considerations, the NCEA acts totally independent from the Government. On the NCEA’s website, all advisory reports (in Dutch) are made public and accessible to everyone.
In the simplified procedure, the review by the NCEA is optional.

The NCEA must publish its advisory report in general within six weeks. If views by the public are included in the NCEA's recommendation, an additional period of three weeks is applicable.

The EIA procedure is connected to the procedure that must be followed for the project in question. This means that projects must primarily comply with the requirements of the ‘master procedure’. These requirements are set down in very diverse laws and regulations. This depends on the type of project and the relevant competent authority.

The  decision on the project includes an explanation of how account was taken of:

There is no time frame set for the decision-making.

The possibilities for appeal follow from the law of which the EIA decision is part. It is not possible to appeal an EIA decision alone. You can only appeal the decision on the planned activity. Only stakeholders -  directly affected by the activity - may appeal.

After taking on a project subject to the EIA requirement, the competent authority must investigate the actual environmental consequences resulting from the activity. The time periods for the start of the investigation and the way in which this will be performed will have already been determined for the project.

The competent authority and the environmental inspectorate are responsible for monitoring projects and plans and their impact on the environment. If the initiator is a private party, it is required to cooperate fully in providing information when requested.

Report
The competent authority draws up a report of the investigation into the environmental consequences. No form or content requirements are set out for this.

Publication
At the same time the report is submitted, a notice of the report is published in one or more daily newspapers or free local papers.

There are no direct financial penalties, but the project can be suspended.

There is a difference in public participation concerning the simplified procedure and the extensive procedure.

Concerning the simplified procedure, public participation is legally required only after publication of the EIA report. The public can provide comments on the information in the report.

Concerning the full fledged procedure, the statutory regulation for the extensive EIA procedure provides for two moments in time when views can be submitted:

Comments from the public can be submitted in writing. If the competent authority organises a hearing, which is not an obligation, public comments can also be provided verbally.

In its decision, the competent authority provides an explanation for how it has taken the public's views on the EIA report into account.

There are no costs for the public for their participation.

In general 6 weeks, but it may vary, following the master procedure for the project.

With respect to the simplified procedure, the EIA report (possibly in draft form) and the draft decision will be made available to the public. The public can then submit comments, usually during a six-week period after publication.

Since there is no central database, it is unknown how many ESIA's are annually carried out.

There is no central EIA database. However, the Netherlands Commission for Environmental Assessment (NCEA) maintains a database with EIAs (and SEAs) for which an NCEA recommendation was mandatory or voluntarily requested. Since the NCEA is not a mandatory party for all EIAs, the database does not cover all the EIAs performed in the Netherlands.

On 27 June 1985, the EIA was implemented for projects in Europe by means of a European Council Directive on the assessment of the effects of certain public and private projects on the environment (85/337/EEC). This directive was revised in 1997, 2003 and 2009. In 1987, the EIA tool was officially introduced in the Netherlands. The associated Environmental Impact Assessment Decree (EIA Decree) has since been modified a number of times.

In 2010, there was a 'modernisation' of the EIA decree, resulting in fewer requirements and more uniformity in EIA of plans and projects.

Chapter 7 of the Environmental Act.

The paragraphs include the Modernisation Bill of 2010.

An exemption is possible only if “the public interest necessitates the immediate execution of the activity to which the project relates”. For example, in cases where public safety or public health are at issue if the activity is not urgently executed.

In practice, the above situation rarely occurs.

Ministry of Infrastructure and Watermanagement

The Netherlands Commission for Environmental Assessment is a legally appointed independent advisor in EIA procedures. It advises the government (the competent authority) about the content and the quality of environmental impact assessments.
The NCEA is not involved in the decision making with respect to a project or plan.
The NCEA does not draw up any EIA report itself, as this is the responsibility of the initiator of the activity subject to the EIA requirement.

The NCEA  may also contribute ideas before the official start of the procedure or make interim recommendations if requested by the competent authorities.

The EIA mandates are decentralised. Depending on the type of project and its EIA requirement, the party responsible can be either the local municipality (gemeente), the provincial authority (provincie) or the central government (rijksoverheid).

Keysheet: the NCEA in the Netherlands

There is no charge for applying for an EIA. For NCEA's (non) mandatory advisory services, the competent authority has to pay a fee. The fees are discussed and set down on a yearly basis.

The Ministry of Infrastructure and Watermanagement is the responsible authority for EIA.
The Dutch knowledge centre InfoMil, part of the ministry, is the primary source of  information and best practices in matters of EIA/SEA and other environmental legislation and policies in The Netherlands.
Email: info@infomil.nl 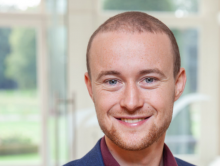