ZEMA takes a screening decision based on a feasibility study or concept note prepared by the proponent, and requests further information if necessary. The proponent is responsible for scoping, preparing Terms of Reference for the EIA, and preparing the Environmental Impact Statement (EIS, or EIA report) while facilitating public participation in the process. ZEMA reviews the EIS - and arranges public participation in the review process - and takes a decision on permitting (requesting more information if necessary), including approval or disapproval of the EIS. In case of disapproval, the proponent has the right to appeal. In case of approval, an EIS certificate is granted and the proponent can start implementing the project. ZEMA is responsible for monitoring and auditing during implementation, until decommissioning by the proponent.

Screening is required. ZEMA is the screening authority.

Once the feasibility study or concept note is submitted, it is then reviewed in order to determine the magnitude of the project. ZEMA can then decide if an assessment is required or not; and if required, in what level of an assessment.

If the screening indicates that an EIA is required, scoping will be undertaken by the selected expert or firm. This step is crucial because it determines how the EIA study will be carried out. It also identifies and takes into consideration major concerns of stakeholders and identifies likely impacts of the project. The scoping exercise establishes the ToR and boundary of the EIA Study, which are submitted to ZEMA for approval.

Once the ToR are approved, then the EIA study follows. It describes the nature of the project as well as analysing the possible environmental and social impacts of the project or activity together with mitigation measures to minimize the negative impact and enhance the positive ones. Public consultation should take place during this assessment.

Once the EIA study is completed, The proponent, through his/her selected expert or firm, submits 18 hard copies and one soft copy of the report to ZEMA for review.

An EIA report should include the following elements.

An EIS shall be undertaken by experts whose names and qualifications are approved by ZEMA.

Site verification: This takes place before the review meeting is held. The objective is to become familiar with the project by physically observing the project area, and to confirm what is written in the report. The project proponent will have to pay the fees for site verification, as well as for reviewing the document.

Review of the EIA Report: This is conducted to gain the stakeholder’s evaluation of the strengths and weakness of the EIA report, based on the review criteria set by ZEMA.

ZEMA is responsible for review of the EIA report. The make use of a review committe, existing of representatives of other authorities and ministries.

The outcome of the review could be EIA approval, EIA rejection or a request for further information.

The legal documents do not contain requirements for justification of the decision based on the EIA.

Only the project proponent and the relevant licensing institution can appeal a decision on project approval. If the party:

If a party wants to make use of this option, the following steps should be followed:

If the appealing party is dissatisfied with the Minister's decision, further appeal to the Committee of the Revolutionary Council on Environment is possible. This Committee is the highest decision-making body on environmental matters in Zanzibar, and its decision is final.

This is conducted by ZEMA in order to ensure compliance and adherence to the approved environmental and social management plan, and to make sure the conditions attached with EIA certificate are fully complied with.

According to the Environmental Management Act, public participation is only required for review of the (draft) EIA report. The EIA (Procedures) Regulations 2002 however indicate that:

In appropriate circumstances the [Environmental Impact] statements may follow preliminary hearings designed to gather information for use in the statements.

Public participation via public hearings before preparation of the draft EIA report is therefore recommended, but not mandatory.

ZEMA shall ensure that consultation is facilitated after receiving the EIA report. ZEMA needs to do the following:

Only written comments can be used by the public to express their opinions on the EIA report. These are to be solicited by ZEMA.

The legal documents do not mention any costs for the public associated with participation in the EIA procedure.

The Environmental Management Act indicates that public comments on the EIA report can be submitted during a period which should be between twenty and thirty days, starting on the moment that all relevant persons have been notified.

Only the EIA report needs to be made available to the public.

The EIA report needs to be shared with the public 'by any appropriate means'.

The document A Study Report on EIA Needs Assessment for the Department of Environment, Zanzibar (2006) indicates that EIA is only slowly gaining momentum in Zanzibar. It found that between 1989 (DoE's establishment) and 2006 about 27 EIAs have been conducted in Zanzibar and that for less than half of all large hotels (with EIA obligation) EIA was undertaken.

Another study on EIA effectiveness in Zanzibar reports the following figures:

Some relevant documents on EIA in Zanzibar are the following:

EIA was first mentioned in Zanzibar's legal documents in 1992, as part of the National Environmental Policy. More detailed provisions followed in the Environmental Management for Sustainable Development Act No.2 (1996). The same Act stipulated that detailed procedural regulations were to be issued within six months after the law came into force. In reality, however, this process took six years: in 2002 the Environment Impact Assessment (Procedures) Regulations came into force.

In 2013, Zanzibar Environmental Policy (2013) was published. It states that the government will ensure incorporation of environmental assessment into procedures for designing and implementing development programs, plans, policies and projects. Implementation strategies mentioned in the Policy are:

The main difference between this environmental policy and the 1992 policy is that not only EIA, but also SEA is mentioned.

In 2015, the Zanzibar Environmental Management Act came into force. Both EIA and SEA are specifically mentioned in this act. EIA if further elaborated in the EIA regulation of 2017 (in draft).

Sector-specific guidelines for four sectors (agriculture, hotel development, aquaculture, and urban development) are available in the Annexes of the EIA Guidelines and Procedures (draft version, 2017). (CHECK)

The Zanzibar Environmental Management Act of 2015 states that:

This considers any development activity, undertaken by any person or institution - including governmental parties.

Other relevant parties and their involvement in the EIA procedure in Zanzibar are described in a study conducted in 2010:

The landscape of EIA actors in Zanzibar however changes frequently, as do the (names of) relevant government departments.

EIA mandates are centralized: all decisions are taken by ZEMA.

The proponent needs to pay for the costs of preparing an EIA report, as well as for the EIA review, including any costs involved when ZEMA hires external consultants for this review.

EIA is the responsibility of Zanzibar's Department of Environment (DoE): 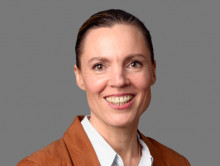