The Ministry of Hydraulic Resources and Electricity of Congo has submitted a project for development and financing under the ORIO facility. The project is defined as the rehabilitation and expansion of the Inkisi water supply system, the operation and maintenance of the system and the subsequent supply of clean water to some 262,000 people by 2027. The NCEA has reviewed the quality of the ESIA for this project, at the request of the ORIO project advisors.

On 21 March, the NCEA finalised its review of the ESIA for the 'Water Supply and Sanitation' project in Inkisi. Main conclusions are: 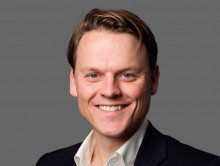