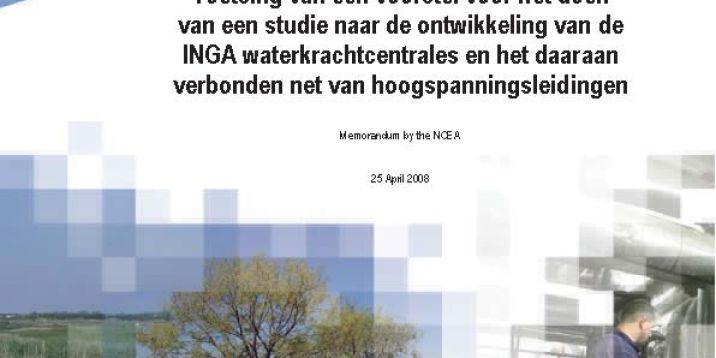 341-i. Review: proposal for study on hydropower development Inga - DRC

The NCEA provided comments on a proposal for an AfDB study on hydropower developments on the Inga site (DRC). These comments were requested by the Dutch Ministry of Foreign Affairs.

In 2007, the Dutch Ministry of Foreign Affairs asked the NCEA to comment a proposal drafted by the African Development Bank (AfDB). This proposal concerned a study on hydropower developments on the Inga site in DRC. The NCEA issued an advice. More recently, the Ministry asked the NCEA for a review of a new proposal for a similar study. The specific question asked to the NCEA was: Does the proposed study lead to an objective comparison of the options Grand Inga and Inga 3?

The NCEA issued an advice of the secretariat to provide comments on the proposal and to answer the question. Comments included: