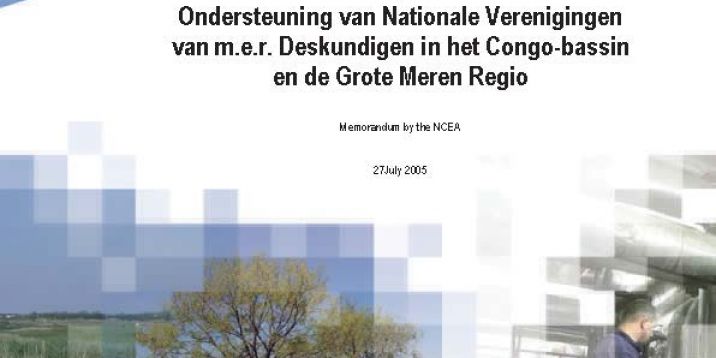 311-i. Comments: proposal for capacity building in Central Africa

The NCEA provided comments and advised the Dutch Ministry of Foreign Affairs on a proposal for a capacity building programme aiming at national EIA associations in Central Africa.

Based on positive results of the NCEA's capacity building activities in Mozambique, the NCEA was asked to investigate opportunities for starting a similar programme in other countries in Southern Africa. Based on this request, the NCEA contacted countries in the region to estimate the demand for such support. Simultaneously, EIA systems improvement is planned to play a role in new environmental programmes of the Dutch Ministry of Foreign Affairs in the Lower Congo Basin and the Great Lakes Region.

These developments have led to the formulation of a project proposal by the umbrella organization of national EIA associations in Central Africa (SEEAC). The Ministry of Foreign Affairs has requested the NCEA to comment on this proposal.

In an advice of the secretariat (in Dutch), the NCEA provided some general and some specific comments, as well as an advice for the Ministry. One of the main general comments is the NCEA's appreciation of the selected approach (working with both non-governemental and governemental organizations), which it considers useful and appropriate in this context.