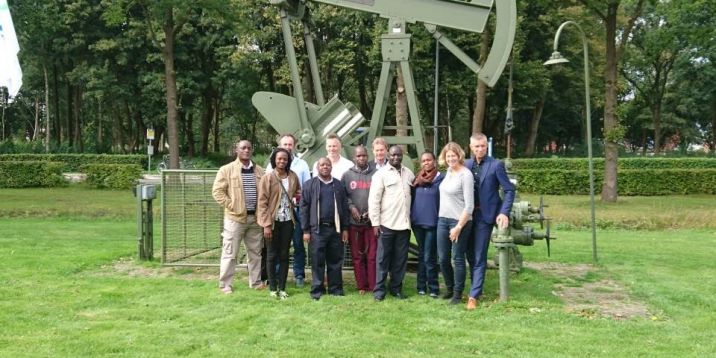 The NCEA received a request from the Ugandan National Environmental Management Authority (NEMA) to carry out an independent quality review of the Ugandan part of the Environmental and Social Impact Assessment (ESIA) of the East African Crude Oil Pipeline (EACOP) project. The EACOP, for which the governments of Uganda and Tanzania signed an Inter Governmental Agreement, is 1445 km long and will transport crude oil from Kabaale in Uganda to the Chongoleani peninsula near Tanga port in Tanzania.

Previously, in September 2017, a NEMA delegation visited the NCEA offices to jointly review the Scoping Report/ToR for this ESIA. For this joint review an NCEA working group of experts was composed, contributing to a five-day working session with the NEMA delegation. The findings are presented in an advisory report, accessible on this page.

In June 2019, the same working group issued an independent advisory review report for the ESIA, which has been presented during a review retreat in July 2019 in Fort Portal, Uganda. In this retreat, apart from NEMA, representatives of 15 lead agencies and 10 districts participated. For the preparation of the advice, the working group was not able to visit the 296 km Uganda part of the pipeline route. The review is done based on the information contained in the ESIA report and site visits performed to Uganda previously in relation to Tilenga and Kingfisher oil development ESIAs.
According to the NCEA, the ESIA report does not yet provide enough information for sound decision making. The main issues which need more attention are:

The complete advisory report can be found on top of this page.

In September 2020, NEMA again requested the NCEA support in reviewing the ESIA report that was re-submitted to the NEMA for EACOP, with the aim to ensure that project implementation sufficiently considers the environmental and social issues of concern. More specifically, the NCEA was asked to:
• check against NCEA’s previous reviews and the letter that NEMA sent to the developer in August 2019;
• assess whether public comments have been taken into consideration;
• raise any other key issues/red flags, that NEMA needs to be mindful of and include suggestions for conditions to consider in a possible approval by NEMA.

Because of Covid-19 and resulting travel restrictions, it was agreed to present the NCEA findings (virtually and remotely) during a joint review retreat that NEMA held from 26-30 October 2020 in Jinja, Uganda.

The NCEA concludes that some key concerns as listed above been partially addressed, but a great number still insufficiently. For each of these key gaps, we give recommendations on how these could be dealt with or phrased in the Environmental Certificate, which NEMA may issue. The full advisory report can be viewed on top of this page.