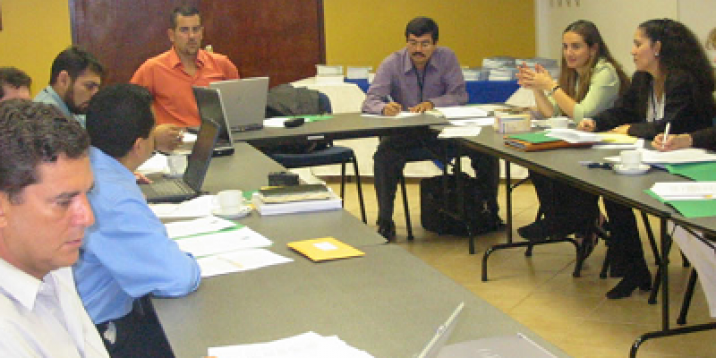 Since 2001, the NCEA has been involved in a regional project of the Central American Commission for Environment and Development (CCAD) and IUCN. The objective was to harmonize and strengthen impact assessment systems and capacity development in Guatemala, Costa Rica and Nicaragua. The NCEA has also been involved in a second phase (2006-2008) and contributed extensively to the SEA process for the Association Agreement between Europe and Central America.

The following activities were undertaken as part of the first phase of CCAD's and IUCN's regional project (2001-2003):

In the second phase of this project (2006-2008), the NCEA was again requested to assist. In this phase, the NCEA's activities focused mainly on SEA. They included:

Apart from these regional activities, the NCEA implemented national programmes in some of the countries. In Guatemala, for example, a training session was organized on public participation in EIA and a workshop was given on EIA and SEA in mining.

The NCEA's activities in phase 1 of the project have contributed mainly to political and technical agenda-setting on EIA and analysis of national EIA systems in the region. Moreover, they supported some of the countries in developing or updating a legal system for EIA.

Activities in phase 2 of the project contributed to the development of SEA guidelines for Central America and improved SEA capacity of Environment and Planning Ministries from seven Central American countries. The SEA for the Association Agreement was improved via NCEA's and stakeholders' inputs.