7176. Analysis of the Second Draft of the Proposed World Bank Environmental and Social Framework

On 12 August 2015 the Dutch Ministry of Foreign Affairs requested the Dutch Sustainability Unit (DSU) of the Netherlands Commission for Environmental Assessment (NCEA) to: make an analysis of the Second Draft of the World Bank’s Environmental and Social Framework (ESF) against the recommendations made in DSU’s advice on the First Draft of the ESF (dated 7 January 2015); and, on the basis of this analysis, recommend issues to raise in the Phase 3 consultations; compare these recommended issues against the issues suggested for the phase 3 Consultations by the Bank’s Committee on Development Effectiveness (CODE) in a paper titled “Issues for Phase 3 Consultations: CODE Introduction” (3 August 2015).

In July 2014 the World Bank (“the Bank”) released a draft of its new Environmental and Social Framework (ESF) for consultation. Subsequently the Ministry of Foreign Affairs requested the Dutch Sustainability Unit (DSU) of the Netherlands Commission for Environmental Assessment (NCEA) to analyse this draft and recommend issues and suggestions that the ministry could include in its discussion with the Bank on the proposed ESF. The DSU published its report on 7 January 2015. 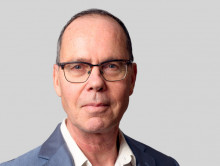