7089. Comments and Suggestions on the Terms of Reference for a Gender Audit on Capacity Building for Land Management and Administration in Mozambique (GESTERRA)

The Dutch Sustainability Unit – Gender Equality (DSU-GE) received a request from the Embassy of the Kingdom of the Netherlands in Mozambique to comment on the Terms of Reference for the Gender Audit in the context of the GESTERRA (Capacity Building for Land Management and Administration in Mozambique) programme. Special focus was to be given to the approach and methodology.

The Gender Audit for the GESTERRA programme aimed at: 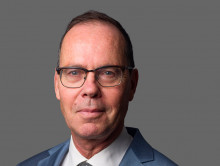