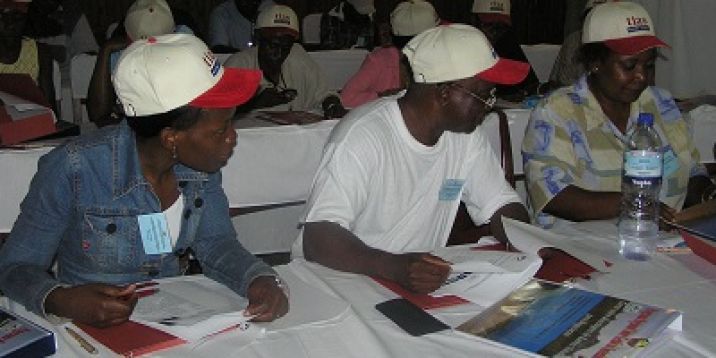 The NCEA has been involved in capacity development for EIA and SEA in Mozambique since 2003. It has provided assistance to the national Ministry of Environment (MICOA) in EIA regulation, capacity building, and review of several complex and controversial projects. Since 2008, the NCEA has provided coaching and training of the National Association of Environmental Assessment Experts (AMAIA).

In 2003, the NCEA supported the Ministry of Environment of Mozambique (MICOA) in five EIA procedures for a number of complex and politically sensitive projects. Following this support, MICOA and the NCEA wanted to start a more structural cooperation, but MICOA could only enter into a 1-year programme. By the end of 2003, therefore, the NCEA and MICOA signed a 1-year Memorandum of Cooperation (MoC) concerning improvement of EIA regulations and development of an SEA system. During this first year of structural cooperation, the NCEA's activities included:

Evaluation of this 1-year cooperation resulted in a draft proposal for a 3- to 5-year cooperation on capacity development and implementation of the new EIA regulations. In 2005, however, this new cooperation could not be started due to staff changes at the Environmental Ministry and withdrawal of the Netherlands Embassy from the environmental programme in Mozambique. For that reason, cooperation between MICOA and the NCEA focused on short-term advice on EIA in concrete plans and projects. Examples include advice on EIA for oil and gas exploitation and ToR advice as well as review of EIA for off-shore hydrocarbon exploration in the provinces of Inhambane and Sofala.

In 2012, a new MoC for 3 years was signed by MICOA and the NCEA. The government decided to add development of a spatial plan to the planning process, and asked the NCEA to coach this process and assist in capacity development. Under this new MoC, the NCEA has so far undertaken the following activities:

The NCEA's activities with MICOA and AMAIA strenghtened EIA and SEA capacities in Mozambique in various ways. The relevant parties have gained greater knowledge and skills on EIA/SEA and its application and a greater awareness of its benefits. SEA is now more widely applied as an instrument for coordination of planning, conflict resolution and effective decision-making. Public participation in SEA and review of EIA are enhanced, and SEA for specific sectors, most notably coastal planning, has improved.