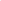 400-i. Advice on the SEA for the irrigation plan of the Office du Niger - Mali

An independent working group of the NCEA adviced about the scope of an SEA for a large scale irrigation programme in the area of the Office du Niger, an irrigation agency under the Ministry of Rural Development. Following that advice, the NCEA coached the team responsible for the SEA.

The Ministry of Rural Development of Mali (MDR) intended to adopt a Hydro-Agricultural Development Plan (PAHA) for the irrigation area managed by its agency the Office du Niger. According to Malian law, an Strategic Environmental Assessment is required, with the environment ministry (MEADD) as competent authority. In 2014, the MDR asked for an independent scoping advice by the NCEA. The NCEA traveled to Mali to better understand the structure and phasing of decision making in the PAHA process, and how SEA will be linked to this in order to allow the environmental impacts to influence the evolution of the PAHA, this led to a process advice which was published on the NCEA site. In 2015, at the request of the same MDR, the NCEA secretariat with a working group gave its advice about the SEA scope. This was based on the first phase of the PAHA planning process, describing the current situation and problems. Among the recommendations given was to assess the impact on the conflict-prone downstream inner delta, where many depend on annual flooding by the Niger river. An NCEA delegation (Breman and Nooteboom) visited Mali to discuss the advice. In June 2015, the Ministry of Environment, Sanitation and Sustainable Development (MEADD) invited the NCEA to coach it in its role of competent authority for the SEA. In 2018, the PAHA nor the SEA have been published.

According to the 2018 IOB Evaluation ("Tackling major water challenges. Policy review of Dutch development aid policy for improved water management, 2006-2016"), "recent efforts (with a strategic environmental assessment supported by the Netherlands) to assess sustainable increases in offtake for the major Office du Niger irrigation scheme through a new Plan d’Aménagement Hydro-Agricole (PAHA) did not reach a satisfactory conclusion. This was partly because of the authorities’ apparent enthusiasm for the maximum (probably unsustainable) water use scenario envisaged in the PAHA, and partly because of a separate large allocation of irrigable land to Chinese interests, which would take Niger water use still further beyond feasible limits."