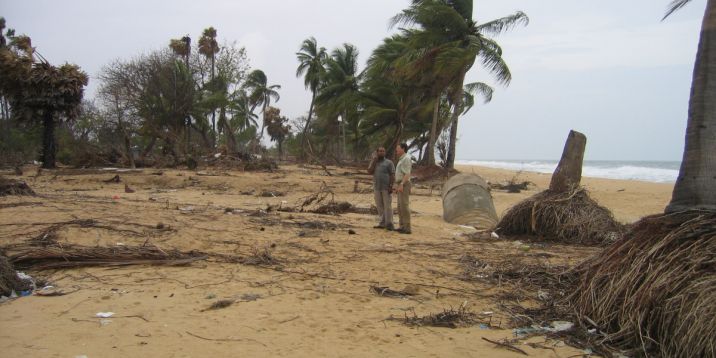 In January 2005, the NCEA advised on the setup of an SEA and a draft MoU for post-tsunami reconstruction works in Sri Lanka. Later, in March, the NCEA also issued a so called 'advice of the secretariat', in which it presented an adapted draft SEA proposal and draft MoU, based on comments that it received on earlier versions.

The Central Environmental Authority (CEA) of Sri Lanka decided that an SEA should be executed for post-tsunami reconstruction works. The NCEA was contacted to assist the CEA in this venture and to provide the necessary expertise for this SEA. The NCEA submitted an advice to the CEA on how to set up this SEA, including a draft MoU for cooperation of the NCEA and the Environmental Ministry (MENR) which was envisaged to implement the SEA. Both MENR and the task force coordinating the reconstruction works (TAFREN) however had comments on this advice. The CEA therefore asked the NCEA to reformulate the SEA setup, incorporating MENR's and TAFREN's comments.

The NCEA drafted an advice of the secretariat presenting: