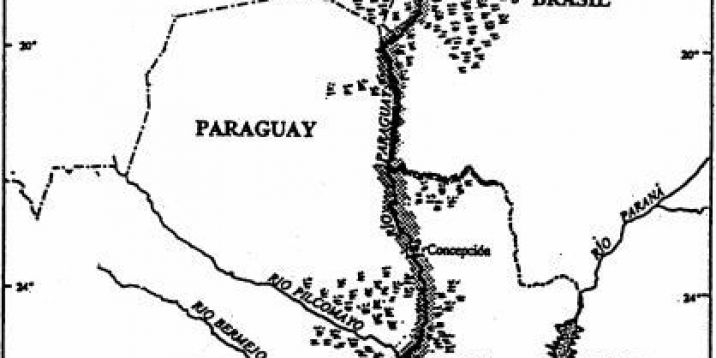 The NCEA issued an advisory review of a feasibility study and EIA for development of a waterway across several South American countries. It concluded that important points are lacking in the studies. The NCEA also provided an opinion on the added value of an expert panel review of these studies, and on an additional environmental study that was prepared for this panel review.

The governments of Argentina, Bolivia, Brazil, Paraguay and Uruguay were proposing the 'Hidrovía Paraguay-Paraná navigation project'. This would serve to construct and maintain a waterway to reduce transport costs and stimulate production and trade in the region. The project would include the dredging of a navigation channel along an existing river system. This was expected to have significant impacts on wetlands and their biodiversity. Moreover, the local population could be affected by the project and its effects.

The Inter-American Development Bank (IDB) carried out a feasibility study and an EIA. A panel of experts (from the Environmental Defence Fund and a Brazilian NGO) were to review these studies. In order to facilitate this review, the Dutch government supported a study performed by three environmental NGOs that would serve to provide background information on the case.

The Dutch government requested the NCEA to also review the IDB studies. Moreover, it asked the NCEA to give an opinion on the added value of the panel of experts' report and the NGOs' study.

In its advisory review of the IDB study, the NCEA concluded among others:

In its advice, the NCEA also gave an opinion on the added value of the expert panel. Concerning the panel's review, it concluded that it came to the same general issues as mentioned above (identified by the NCEA), but that it also highlighted some issues at the strategic level. According to the NCEA, these issues may be beyond the scope of the current project. In addition, the NCEA reviewed the NGOs' study and formed an opinion on its added value. It concluded that the study contains a wealth of useful information, but that this information had not yet been analysed and used sufficiently. It recommended to provide a summary to improve the uptake of relevant information.