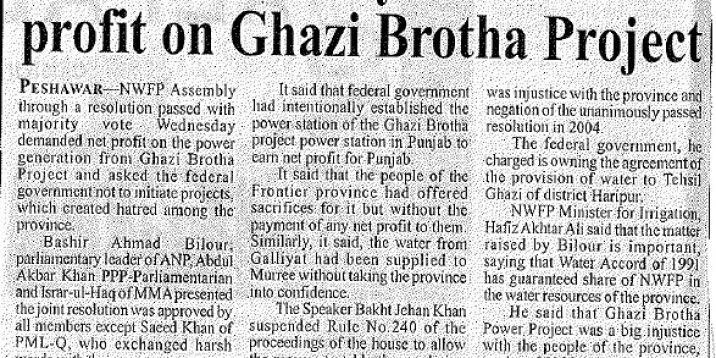 The NCEA issued an advisory review of an EIA executive summary for the Ghazi Barotha hydropower project. Based on a response of the World Bank to the NCEA's review, an additional review was issued. The NCEA concluded that no solution had been provided for a number of issues that it indicated in its first review.

The Pakistan Water and Power Authority (WAPDA) intended to implement the Ghazi-Barotha hydropower project. This project would be located in the northern Indus river plain. Its main objective was to solve the acute shortage of power in Pakistan. A number of feasibility and design studies were executed for this project. The Dutch Minister for Development Cooperation asked the NCEA to review the EIA executive summary. This summary was prepared for the World Bank to support its decision-making on whether or not to provide a loan for construction. The NCEA's review did not concern the complete EIA report, and therefore only an advisory review on headlines. Concerning this summary, the NCEA's review revealed that a large amount of information was available, but yet a number of issues were not covered:

The NCEA recommended that the missing information be supplemented.

The World Bank replied to the NCEA’s advisory review in an Office Memorandum. The NCEA took this response into account and then submitted an additional advisory review. In this additional review, it remarked the following:

The World Bank approved the loan for this project in December 1995.