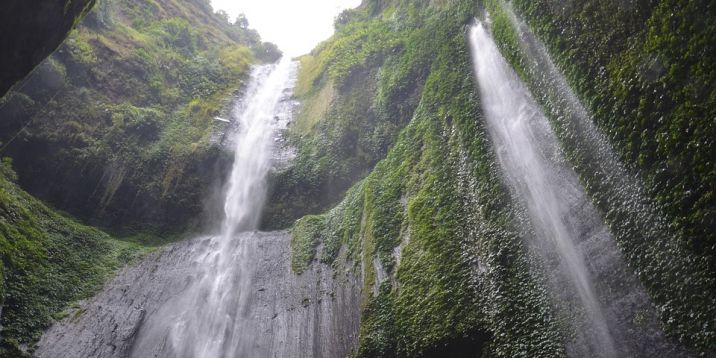 This profile has not been updated since 2014. New legislation might have been implemented.

For activities that require an EMaE-EMoE, an EMaE-EMoE form has to be submitted to the respective authority. The EMaE-EMoE examination follows which results in an recommendation on refusal or approval of the EMaE-EMoE. Finally, the decision on the issuance of the environmental permit is taken and a follow-up on the permit takes place.

There is a screening requirement. At central level the Minister of Environment and Forestry is responsible for the screening decision, at regional level this is the Governor, and at district level the Mayor. The Environmental Protection and Management Law of 2009 determines that activities with significant impacts require an EIA. In its Sections 22 and 23 criteria are given for determining impacts that are significant and for identifying which activities thus require an EIA. For projects which do not have significant impacts, an Environmental Management Effort and Environmental Monitoring Effort (EMaE-EMoE) should be prepared.

Scoping is a required step of the EIA process. A distinct review process of the Terms of Reference (ToR) is defined in the Environmental Permit Regulations (2012). The proponent firstly prepares the ToR and submits them to the appropriate license authority. The authority then forwards it to the relevant EIA Appraisal Commission, who reviews the ToR with assistance from the Technical Team. At first, the Commission provides a written statement regarding the administrative completeness of the ToR. Once the ToR are declared to be complete,  the Technical Team reviews the ToR. It may require a revision of the ToR. Once the appraisal of the Technical Team reveals that the ToR are acceptable, the EIA Appraisal Committee will issue an approval of the ToR.

The Environmental Permit Regulation (2012) requires that after the ToR have been submitted and declared to be complete, the appraisal period of the ToR shall not exceed 30 working days.

For the preparation of EIA documents, three different types of study approaches are distinguished: a single study, an integrated study, a study based on the area. The initiator can prepare the EIA itself or with the help of EIA consultants.

The regulation does require the assessment to be comprehensive,  taking into account biological, geo-physical/chemical, socio-economic, cultural, and public health aspects.

The AMDAL Process and the Equator Principles, Common themes and apparent differences, by Dr. Karlheinz Spitz and Dr. Yahya Husin, 2009.

According to Section 25 of the Environmental Protection and Management Law (2009), the EIA report shall contain:

If an EMaE-EMoE is prepared, a form with the following information is required:

The Environmental Permit Regulations (2012) determine that a person drafting an EIA is required to have an EIA drafter certificate, which is obtained through a competency test.

Review of the EIA report can take a maximum of 75 working days.

According to Section 32 if the Environmental Permit Regulations (2012) decision on the environmental feasibility of an activity contains the following elements:

Section 39 of the Environmental Protection and Management Law (2009) determines that the decision on an environmental licence has to be announced.

Review of the EIA report and the decision on the environmental acceptability can take a maximum of 75 working days.

The legal recourse options have expanded with the adoption of the Environmental Protection and Management Law. (To be further added to)

The Environmental Protection and Management Law (2009) requires the competent authorities to conduct compliance monitoring. Hence, the Minister (central level), Governor (regional level) or the Mayor or district chief (district level) supervise the compliance of the proponent with the enviornmental permit conditions. According to the Environmental Permit Regulations (2012), the must submit a report on the implementation of the environmental permit requirements every 6 months (Section 53). The monitoring reports are submitted to the respective authority. Furthermore, the proponent has to submit a monitoring plan as part of the EIA report.

With adoption of the new Environmental Protection and Management Law in 2009, the penalties associated with infringement of the EIA regulation have increased. Transgressors can be fined, but also risk jail sentences. For example, an individual preparing EIA document without the required certification can serve a jail sentence of 1 to 3 years and can be fined between 1 to 3 billions IDR. Similar jail terms can be given to an individual carrying out a project without the required environmental acceptability approval. (To be checked)

Section 40 of the Law further determines that in case the environmental licence is revoked, the licence for the undertaking shall be cancelled.

At the start of the EIA process, the competent authority is required to inform the public about their business and/or activity plans, so that the public can provide comments on them. Public consultation is thus required already prior to the preparation of the Terms of Reference. Also, the public should be involved while the EIA document is prepared. Moreoever, representatives of affected communities are members of the EIA Appraisal Commissions. They are thus involved in the review process of the ToR and the EIA report. Finally, the public can also get involved in the decision-making process as the competent firstly announces the environmental permit application of the initiator. The public has then the opportunity to provide their opinion to the competent authority. Finally, the environmental permit decision is also announced to the public.

Public comments have to be submitted in writing to the Competent Authority, or can be presented to the EIA Appraisal Commission verbally.

In the justification for the decision on environmental acceptability, the Competent Authority has to explain how the results of consultation were taken into account.

Guidelines for public announcement and public involvement in EIA have been issued in 2000 by the central Environment Agency Bapedal (No. KepDal 08/2000).

EIA was officially introduced under the Basic Environmental Law No. 4 of 1982. Government Regulations No. 29 (1986) provided the implementing regulation, and established the EIA system in Indonesia. Since then, the EIA regulation has been regularly revised to reflect institutional changes, and increased understanding of EIA.  In the nineties, reforms of the regulation shifted responsibilities for EIA review, and provided more inclusive provisions for public involvement. After adoption of regional autonomy laws, the Ministry for Environment (now the Ministry of Environment and Forestry) issued decrees to clarify regional mandates for EIA. In 2006 the Ministry of Environment issues two decrees (No. 8 and No 11) to further detail EIA procedures and revise the list of projects subject to EIA. In 2009,  the Environmental Protection and Management Law (Article 22) replaced the original framework law for EIA. In 2012, Environmental Permit regulations were issued under the Environmental Protection and Management Law, which now contain the procedural requirements for EIA.

The Basic Environmental Law No. 4 of 1982 introduced EIA into the legal system.

The Government Regulations No. 29 (1986) established the EIA system.

There was previously a distinction between EIA requirements for private and public projects, but that was removed in 1999, and EIA applies equally to both.

An activity can be exempted from the obligation to conduct an EIA if:

For activities which are exempted from EIA, an EMaE-EMoE (environmental monitoring and management study) shall be prepared.

The Ministry for Environment and Forestry is responsible for overseeing the EIA system. It issues the overriding EIA regulation. At the provincial and district level, more stringent EIA regulation can be developed to complement the national rules.

At each level of EIA implementation , an EIA Appraisal Committee is set up to advice on the EIAs. This Committee approves the Terms of Reference for the EIA, reviews the EIA, once it is completed, and undertakes stakeholder consultation.

Chapter V of the Environmental Permit Regulations gives more detailed provisions regarding the EIA Appraisal Committees, including which types of EIAs are to be reviewed by which commission. For example, the central EIA Committee reviews EIAs for activities located in more than one province.

Decision-making on individual EIAs takes place at different levels. Districts are responsible for EIAs within their administrative boundaries. The Mayor or the Chief of the District then takes consent decisions. Provinces are responsible for EIAs for activities covering more than one district. The governor approves the EIA in this case. The Ministry for Environment and Forestry makes decisions on EIA for activities that cover more than one province and for activities that have broad social impacts or security implications.