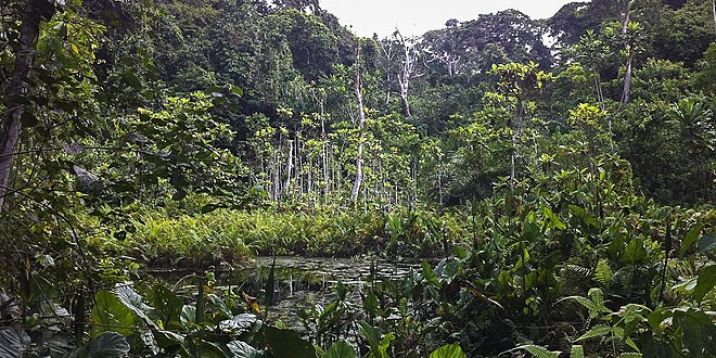 In the different manuals and SEA applications according to the ‘Ghana SEA approach’, frequently the following sequence of basic steps to SEA can be found (see below). Reference is made to these steps but in practice not all SEAs follow these steps. In practice, some steps receive more emphasis (steps 1, 2, 4, 5 and 8) while others receive limited attention (steps 3, 6, 7 and 9).

Annual no. of SEAs

Since 2002, around 20 'second generation' SEAs have been undertaken, which implies 2-3 SEAs per year.

There is no central SEA database. In the 'Review of SEA practise in Ghana' report of February 2009, an annex records the main characterictics of SEAs undertaken until 2009 in a systematic way (around 30). For 10 out of these, a more elaborate case study was made (appendix to main report). The case studies are a representative sample of first and second generation SEAs, district and sectoral level SEAs, and finalized and ongoing SEAs.

IAIA-Ghana affilitate, which over 80 members of which around 25 are actively involved with its activities

Although Ghana has not provided a strong legal basis for SEA, nor any detailed procedural requirements, SEA practice has been steadily increasing in the past 20 years. A range of SEAs is undertaken, and there has been consistent SEA capacity development work ongoing.

As regards the conduct of SEA, a distinction can be made between first and second generation SEAs. First generation SEAs were being conducted as extended EIAs, following the same logic and structure but focussed at larger projects, i.e. integrated or complex programmes. Second generation SEAs have adopted a more process oriented approach. Specific SEA tools were developed as a result and spin off of the SEA undertaken for the Ghana Poverty Reduction Strategy in 2003-04.

With respect to current legislation, the question is to what extent it would cover the need for SEA. The EIA regulations refer to 'undertakings', including plans and programmes, which would suggest that a gap exists for policies. However, the whole regulation points more to EIA. It therefore seems to be better to work towards SEA legislation/regulations with properly defined guidelines and procedures.

The National Development Planning Commission in Ghana issues guidelines for the preparation of sector and district plans. There prescribe certain SEA tools such as a sustainability test. But NDPC guidelines do not appear to be legally binding.

Allthough there is no legal framework for SEA, there is the so-called Ghana SEA approach, characterised by a certain sequence of steps and a set of SEA tools. This approach was initiated by the experience of using SEA for the Ghana Poverty Reduction Strategy, which set a benchmark for subsequent SEAs carried out under the guidance of EPA.

In 2016 there was a draft SEA regulation, but EPA had two minds about it, either to have it separate or to amend the current EIA regulation and change it into a part I and II. A consultancy was commissioned to assess the various options:

EPA preferred the second option, but there has not been any progress on this yet.

Therefore the current EIA regulation provide the framework for SEA, as it requires environmental assessment for undertakings which may impact the environment. An Undertaking is defined as: any enterprise, activity scheme of development, construction, project,  structure, building, work, investment, plan, programme and any modification,  extension,  abandonment, demolition, rehabilitation or decommissioning of such undertaking, the  implementation of which may have a significant impact.

The approach to SEA as used in the various SEA's conducted in Ghana shows variation.

The SEA of the Ghana Poverty Reduction Strategy can be characterised by two different streams. One is the analysis of the GPRS in its totality at national level, the other is the analysis of district level plans. Both streams are aimed at mainstreaming environment and complement each other.

Sectoral SEA: in the different manuals and SEA applications there is a different sequence of steps and use of tools. Commenly encountered steps in sectoral SEA can be viewed under the heading 'SEA approach'.

District level SEA: a handbook has been prepared to outline the approach to be adopted for SEA at District level, including an elaboration of SEA tools, a proposed workplan and an outline of the resulting SEA report

The National Development Planning Commission (NDPC) has issued planning guidelines, which include a 'sustainability test' that examines the environmental and social impacts of the proposed projects and programmes as well as an 'internal consistency and external compatibility test'. Both are 'SEA tools'. See www.ndpc-cms.herokuapp.com, where these guidelines can be found both for sectors and for districts.

The SEA approach chosen in Ghana is rather EIA-based, applying the EIA procedure to planning.

Initiator of the SEA

The initiative to conduct SEA is generally taken by a donor, in collaboration with a sectoral agency an/or EPA. Most SEAs are conducted with a strong involvement of EPA whereby management responsibilities are generally shared with other government agencies, such as the National Development Planning Commission, sectoral ministries and agencies or districts.