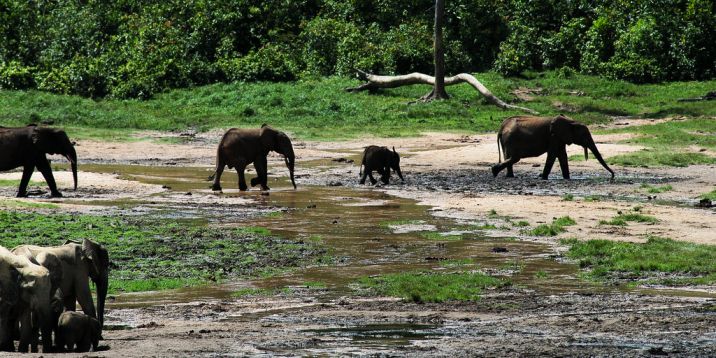 In the environmental code of 2007, screening is not integrated. The code provides for regulatory documents regarding screening. These documents, however, do not yet exist.

In the wildlife protection Act of 1984, EIA requirements are formulated for protected areas.

The enabling law refers to regulatory documents on scoping. Such documents do not (yet) exist.

The impact assessment process is the responsibility of the proponent. Assessment and reporting needs to be carried out by a person that is qualified and acknowledged by the Ministry in charge of the environment. No specific steps are mentioned for it in the legislation. An assessment must include only environmental effects.

The approval of the EIA report implies that the environmental license will be granted. EIA report needs to be submitted before decisions are made but legislation provides no information on what to do with the results.

According to the environmental code the ministry in charge of environment is always responsible for EIA decision making. In the mining act, there are provisions that in case of mining, the Ministry of Mining (MMEH) is responsible.

According to Environmental code of 2007, justifications are made in writing. The justification has to be published but it is not specified to what extent the public has access to it. The enabling law prescribes that the decision statement of the EIA approval should be published, but no further requirements are specified.

In enabling law some provisions for appeal are included. No specific information on EIA appeal, or which court processes the appeal.

Activities can be suspended when the terms of reference are not respected. No specific conditions are specified for that.

According to the enabling law, the Draft EIA reports  and results are subjected to public participation. No detailed provisions are given regarding it.

Enabling law prescribes that the decision statement of the EIA approval should be published, no further provisions specified.

Less that 10 EIAs per year (estimated).

The central Constitution (Act No. 04392 of 27 December 2004) guarantees the rigorous and transparent management of the environment as resolute condition for sustainable development. Within the constitutional framework on the environment, the opportunity is given to local authorities and all citizens to protect the heritage of the nation.

The History of formal environmental management in CAR dates of Decree 89/043 of 23 February 1989, which established a national committee on environmental issues. This was followed by Order 90/003 of 9 June 1990, incorporating the environment into development planning. The Code of Wildlife Protection was adopted in 1984, and the Forest Code was adopted in 1990 (and later replaced by a new Forest Code in 2008). But since the Rio Declaration in June 1992 on Environment and Development, the CAR legislation in this field has evolved leading to the development of the Environmental Code in 2007. The purpose of that 2007 Code, registered under the law No. 07.018 of December 28, empowers Ministry of the Environment and Ecology (MEE) to be responsible for the administration and management of the environment. Since 2011, four draft texts dealing specifically with decrees (and the orders announced) related to the application of the framework law were drafted to regulate the ESIA, SEA, the Environmental Audit and Public Hearing. They are yet to be signed and published.

The Environmental Code of 2007 provides in its section 7 (articles 87-93) the requirements relating to EIA. These provisions relate to the purpose of the EIA, the people and structures empowered to conduct EIA, the type of appreciation to be given to an EIA.

Environmental Code: Law No. 07.018 of 2007 determines that special regulatory measures will establish different categories of EIA, methodology and procedures of EIA as well as conditions for public participation related the EIA. The draft decree for the implementation of the framework law on how to achieve the ESIA was presented at the International Seminar of SEEAC in Bangui in 2012. Its effective promulgation is eagerly awaited.

Guidelines are mentioned in the enabling law, but do not (yet) exist.

All development projects and works that may influence or bring risks to the environment are subject to EIA, as described in the regulations. This indicates that all activities are part of it, public and private (national and international) ones.

Three semi-autonomous environmental agencies (the NEF, the ACEDD and CNEDD) that operate under the Ministry of the Environment, are in the process of being established. They are mentioned in the Environmental Code, but their status is not yet explicitly defined. The first draft statutes prepared by the MEE indicates that responsibilities will be as follows:

• National Environment Fund (NEF): According to the Environmental Code, the Fund will finance activities in the field of the environment and will be financed by general taxes and fees. This fund will be created to monitor on behalf of the government programs of protection, management and conservation of biodiversity and to fund public education and awareness programmes.

• Central Africa Agency for the Environment and Sustainable Development (ACEDD): According to the draft statutes of the Agency, it has the primary function of directing the technical and scientific processes underlying environmental assessment, including the establishing of environmental standards.

• National Commission for the Environment and Sustainable Development (CNEDD): Thedraft statutes of the CNEDD provides eight working groups in many areas and will be  responsible for sectoral policies related to the environment, ecology and sustainable development, approving the terms of reference of EIA for projects that are considered as having environmental impacts, ensuring that environmental principles are taken into account in decisions on sectoral policy and acting as a national center for environmental expertise.

No information is available on EIA decentralization at regional or local levels.

The realization of EIA is the responsibility of the proponent of the activity, which needs to pay for the costs of the assessment. No processing fees are paid.