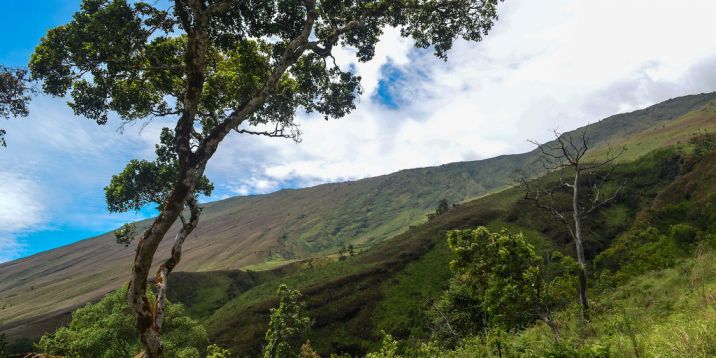 In Cameroon, a simplified Environmental Impact Statement (EIS) and the comprehensive ESIA are distinguished.

Screening is not a legally required step. However:

Supplementary requirements for the ESIA can be demanded for sensitive areas, with criteria defined on case-by-case basis.

Screening is not mandatory and there are no formal documents required.

Scoping is formally required both for EIS and ESIA.

EIS
Before starting the study, the draft ToR must be approved by the municipality of the project location. To this end, the proponent submits the required documents to the municipality and sends two copies of the file to local service of the MINEPDED.

ESIA
First, the proponent submits to the competent administration and MINEPDED the general project file, a request to conduct the ESIA, the ToR for the study and pays the examination fees. The proponent is required to use the standard format provided by Decree 00001 of February 2007.

EIS
The project proponent is responsible for the EIS. Once  final, the proponent submits the EIS report to the municipality and pays the fee for review as determined by relevant municipalities.

ESIA
For both the simplified and the comprehensive ESIA, first a ToR must be approved. The proponent selects a consultant, a consulting firm, a non-governmental organisation or an association approved by the MINEPDED to conduct the study. It is required that nationals are prioritized in case of equal qualifications. The proponent is responsible for ensuring that the ESIA is conducted conform the agreed ToR for the study.

Any impact study must involve the participation of the public through public consultations.

Once the ESIA report is prepared, the proponent submits copies to the competent administration (2 copies) and to MINEPDED (20 copies).

The basic contents of EIS, comprehensive and summary ESIA are as follows:

The decree 00004/MINEP (July 2007) sets the conditions to approve consultants who may carry out environmental impact studies and audits. This decree provides that foreign consultants must enter joint ventures with one or more authorized national consultants.

It may happen that the CIE does not have sufficient expertise for the review. In such case, the chairman of the CIE may engage experts in the committee, without right to vote.

For EIS, the municipality has 30 days from the date of receipt to give an answer to the proponent after receiving the advice of the local responsible services of the MINEPDED.

For ESIA, CIE has 20 days (15 for a summary ESIA) to give its opinion on the report. After this period, its opinion is deemed favorable.

EIS
The municipality can draw one of the following conclusions based on the EIS review:

ESIA
The Minister can draw one of the following conclusions based on the ESIA review:

The Minister is not required to publish its decision.

The Minister has 20 days after CIE's advice, to render its decision.

In case of silence from MINEPDED, the impact study is deemed admissible.

Any project for which an EIS or ESIA is done, needs to be supervised by the competent authorities. This supervision focuses on the effective implementation of the Environmental and Social Management Plan (ESMP) included in the EIS or ESIA. In each Division of the country, a committee exists that is responsible for the technical and administrative supervision of ESMPs.

The proponent is required to produce an interim report on the implementation of the ESMP. Based on this report, MINDEPDED can demand for additional corrective measures, after consulting the CIE,to  address the effects which were not foreseen, or insufficiently covered in the impact study. The MINEPDED may use private expertise to monitor the ESMP.

A proponent of a project which is required to perform an ESIA, SEA or EIS can be sanctioned as provided by laws and regulations.

Public consultation is required for ESIA during the assessment stage and public hearings during the review stage.

In practice, so called reading rooms are provided with registers where all the comments of the public are recorded. These registers which are transmitted to the ad hoc committee to present an evaluation report of the public hearing.

The report of the review committee on the public hearing is submitted to the CIE and is part of the evaluation of the quality of the report.

The ESIA report is publicly available at the time of the public hearing. Conditions for the availability of the other documents and decisions to the public are not specified.

ESIA reports are available on a central point, at the department of environmental assessments of the MINEPDED in the capital Yaoundé.

Database is under development

The term EIA was introduced by the Decree 84-797 (July 1984), organising the Ministry of Planning and Territorial Administration. The law 94/001 (January 1994) was the first law that explicitly required environmental assessments for projects which may affect the equilibrium of forests.

Later in August 1996, the environmental management law 96/12 broadened the scope for environmental impact assessments, by demanding EIA for projects that may affect the environment. In the same year, the Permanent Secretariat of the Environment (PSE) was established under the Ministry of Environment of Forests (MINEF), as the organisation responsible for impact assessments. Since a government reform in 2012, MINEF changed into the Ministry of Environment, Nature Protection and Sustainable Development (MINEPDED).

It was not up until February 2005 that details on procedural requirements for environmental impact studies were specified by Decree 2005/0577/PM, which was replaced eight years later by Decree 2013/0171/PM. The latter adopted the requirement to include social aspects into environmental studies and introduced Strategic Environmental and Social Assessment (SESA).

The environmental management law 96/12 (August 1996) and in particular its article 17, lays down the foundation for environmental impact assessments.

Detailed regulations for ESIA are:

Existing regulations do not provide for exemptions, but ESIAs for projects concerning national security or defence are not subject to the public hearing procedure.

Ministry of the Environment, Nature Protection and Sustainable Development (MINEPDED)

Sector ministries play a role in the ESIA procedure at different stages, in particular in approving ToR's and the studies, and the monitoring the environmental and social management of projects.

The inter-ministerial Committee on the Environment (CIE) must give an opinion on the quality of reports prior to their approval by the Minister.

The approach to environmental management in general is multi-sectoral, regional and decentralised. MINEPDED is the coordinator, supported by an Inter-Ministerial Committee on the Environment (CIE).

When an EIS is required, the competent municipality decide on the issuance of the environmental compliance certificate, after consulting the responsible local services of MINEPDED.

EIS
Administrative fees for the evaluation of ToR or the report are to be determined by municipalities.