Up until April 2011, there was no specific provision for SEA in the regulations. The enactment of the Environmental Management Act (EMA) No. 12 of 2011, which replaced the Environmental Protection and Pollution Control Act No. 12 of 1990 provides for all plans, policies and programmes to be subjected to the SEA process as provided under section 23 (1) of the EMA. Under this new law, a framework for SEA is introduced awaiting the promulgation of the statutory instrument to operationalise the SEA. Although there was no law compelling anyone to undertake SEA, some private and donor driven SEA have however been conducted, mostly with guidance from the donors involved.

The Environmental Management Act (EMA) of 2011 (CAP 204 of the Laws of Zambia) which provides for the continuation of ECZ as the Zambia Environmental Management Agency (ZEMA) also provides for SEA. Part III, section 23 (subsections 1 and 2) of the EMA enforces the undertaking of SEA as legally mandatory for proponents of a policy, programme or plan that could have adverse effects on environmental management or the sustainable management or utilisation of natural resources. Further, Section 23 (subsection s 3 to 8) of the EMA further stipulates what the SEA report should include; what to do if the policy, programme or plan does not require SEA and the review process of the SEA report.

Regulations for SEA are not yet declared and disseminated. However basic procedures are highlighted under section 23 of the EMA of 2012. A draft Regulation has been formulated by ZEMA, which is awaiting for approval by the Ministry of Justice (July 2019).

Regulations or procedures for sector specific SEA are not yet declared and disseminated, However basic procedures are highlighted under section 23 of the EMA of 2012.

ZEMA has draft SEA guidelines that could be used by practitioners. The guideline is however not officially adopted and is considered a living document. It is expected that the current Guidelines will be revised, once the SEA regulations are approved.

Exemptions are provided in the EMA Act after screening by ZEMA.

Initiator of the SEA

Line ministries as they comply with the EMA Act.

The EMA of 2011 requires screening by ZEMA.

The Section 23 of the EMA (2011) mentions that when a proponent considers that a PPP does not require an SEA, the proponent has to submit a draft of the relevant document to ZEMA. ZEMA then decides whether or not an assessment is required. The proponent is informed in writing about this decision.

Section 23 of the EMA (2011) indicates a review process of the SEA report by ZEMA. It mentions that upon receipt of the review decision of ZEMA, the proponent has to submit a revised SEA report and a report indicating revisions made, measures taken and a revised version of the PPP to ZEMA and the Minister. If environmental concerns are not adequately addressed in the SEA report, ZEMA can moreover lodge an objection with the proponent. ZEMA and the proponent shall then try to come to an agreement on the amendments to be made to the PPP. Where no such agreement can be reached, the Director General of ZEMA or the proponent may lodge a notice of objection with the Minister. The Minister can then order the documents to be subject to public review or a public hearing before he takes the final decision.

SEA planning is done by respective ministries with the guidance of ZEMA. Where an SEA recommends amendments to a policy, plan or programme, ZEMA will ensure that the changes are followed before such a document is approved.

Annual no. of SEAs 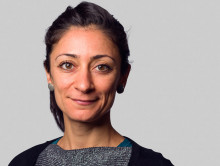