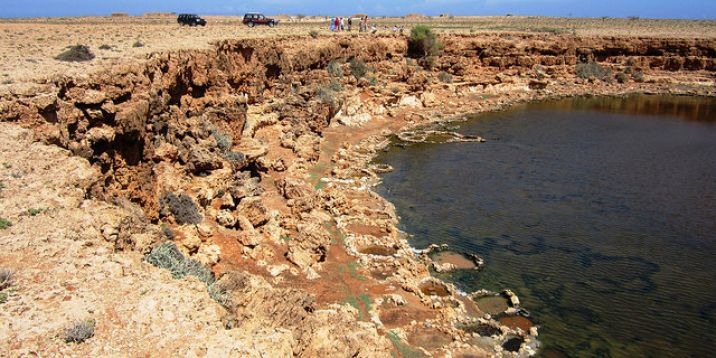 EIA in Yemen began to develop in the nineties, after the unification of North and South Yemen and establishment of the Environment Protection Council (EPC). In 1993, Decree No. 89 was issued by the Cabinet, making EIA a mandatory process for all development projects. Two years later in 1995, the Environmental Protection Law (EPL) was established and ratified by the Parliament. This law gave a legal framework for EIA. In 1996, an EIA policy has been prepared. The EIA policy contains EIA operational regulations. It was merely approved by the EPC who has an advisory role only and no mandate to enforce the policy. In 2001, EPC was replaced by the Environmental Protection Authority (EPA). In 2005, the EPA got a legal mandate for reviewing and environmental approval, via a presidential decree.
More recently, EIA directives have been drafted in four sectors. Furthermore, a revision of the Enviornmental Protection Law including more ambitious EIA legislation is ongoing and new by-laws and directives are also being drafted. The new law will provide expanded possibilities on EIA for enforcement and monitoring. It is also proposed that public investments will become subject to obligatory EIA review. The formulation of laws, plans and policies is being supported by international donors: UNDP (EIA policy), World Bank (NEAP), Netherlands-DGIS (institutional and technical development water and environment), and GTZ (institutional development in water sector).

In 1996, an EIA operational regulations have been developed in the for of an EIA policy. The policy was adopted by the Environmental Protection Council (EPC), but not the Parliament or the Cabinet. As the EPC does not have the legal mandate of enforcing it, EIA remained a voluntary tool.

There are sector specific laws that require EIA. Water Law No. (33) For 2002 (Chapter three, article 56), Urban Planning Law and Investment Law for 2001 and Oil & mineral exploitation law for 199 and the Cleanliness law for 1999.
Also, EIA directives have been drafted in four sectors: dams, roads, water and waste water, oil and gas. These drafts are not yet officially approved by the Cabinet.

All projects, activities, expansion or renewable (public or private, foreign or national) listed in annex 1 of EPL.

Competent authority may make exemptions from EIA, if the objective of the activity is to protect human lives or to ensure the safety of the establishment or the working area, or because of an accident. This however is on condition that the responsible person has taken all measures to remedy the defect. Additionally, the EIA policy states that some international donor projects are exempted from (Yemeni) EIA, because they already undertake their own EIA procedure (UNDP and World Bank). This exemption should however not be regarded as ‘free or automatic’ but should be based upon information about the environmental assessment carried out by the donor. A condition for this approach is that the EPA evaluates and approves the procedure, and that the EPA receives a copy of all EIA files.

The main ministries and authorities involved are:

The EIA procedure in Yemen starts with screening. Scoping is recommended, but not mandatory. Thereafter, the assessment, review, consent decision-making process and compliance monitoring are the main steps of the EIA procedure.

EPA makes the screening decision, in consultation with the competent authority of the project. The decision on the screening lists themselves (i.e. standards, criteria, specifications) are formulated and approved by the Cabinet.

Screening is based on contents of EIA by-law which clearly states:

There are specific requirement formulated for protected areas. The EPL provides for the formulation of a list of special environmentally sensitive areas and locations by the cabinet. Projects with likely effects to such areas as historical and archaeological places, wetlands, coral islands, natural protected areas, and public parks require full EIA. (Confirm with EPA.)

Scoping is advised, but not mandatory.

EPA in collaboration with specialists and responsible authority prepare a scoping report (incl. Terms of Reference), which is submitted to the competent authority. Communication between project proponent and EPA does not occur directly but goes through the competent authority, unless EPA requires specified information about the project.

Between six weeks and three months.

Environmental Impact Assessment Policy for the Republic of Yemen, 1996.

Assessment is on the basis of the scoping report (including the Terms of Reference). The EPA distributes free copies of the EIS to stakeholders. The report is available to the public for printing at their own costs. Governments have to respond with comments to the EPA, otherwise it is assumed that they agree. The EIS can be returned to the project proponent with additional advices and comments. Consequently, the final EIS is drawn.

The EPA is responsible for maintaining a data base of consultants and consulting firms that may be contracted for EIA studies. Information and activities of these consultants have to be part of the data base. EPA advises project proponents on the consultants for their projects (EIA policy).

EPA receives the EIS from the proponent (or consultant). It then reviews the report and consults relevant stakeholders including the public. If satisfied, either approves the EIS or sends it back to the project proponent with comments. If not accepted, the EIS has to be improved and submitted again for review.

The EIA is sent back to the initial contributors of comments to review. This also include the public, in which case EPA is reponsible for ensuring the public are invited for comments. There is also the possibility for external review by experts from other concerned ministries.

The competent agencies that give permits are co-operating agencies in EIA and, in this way; EIA is integrated into other existing consent procedures. The licensing Agency gives the final permission for the proposal.

The EPA in conjunction with other relevant government ministry or authority decides if, or under what conditions, the proposed activity is environmentally acceptable. Accordingly the MoWE issue clearance letter which may include conditions and mitigating measures (changes in design or location), to monitoring requirements or to requirements for operation and maintenance.

Decisions are justified in writing. The competent authority has to prepare a document in which the justification of the decision is elaborated upon.

Monitoring is a requirement. EPA, however, does no routine monitoring but responds to complaints received, e.g. from governorates in support of public complaints to them.

A monitoring plan is mandatory and is submitted as part of the EIS report. The proponent is required to collect data from the onset of the project.

The EIA policy or 1996, prescribes public participation in the EIA process. It is not however specified at which stages the public are supposed to be involved.

The private consultancy firm organizes a workshop or meeting in coordination with Environmental authority developer, donor to consult relevant government institutions and local communities. The necessity and format of public participation is however not specified within the EPL. The administrative authorities are obliged (according to a presidential decree) to send the EIS to the EPA for review and approval.

Public access to EIA reports is in principle attainable through the EPA library. In addition to a reasonable collection of environmental literature (with a computerised catalogue), the library includes EIA reports accessible to the public.